From GnuCash
Jump to: navigation, search

Before there was some discussion, because they show unrealized gains and should not be part of the income. So they got their own type and are placed at the top level of the account hierachy.

Trading Accounts are not enabled by default, and must be explicitly enabled for Gnucash. To do so, use the File->Properties->Account settings tab, and check Use Trading Accounts.

Trading Accounts are used to represent the imbalances caused by a transaction involving two different currencies, as described in the Tutorial. There will be one such account for each currency which is involved in the Gnucash file.

Then simply enter a transaction which exchanges amounts between the two accounts, starting in the account with the currency you wish to express the initial value in.

The following is example 4.4 from P. Selinger's Tutorial on multiple currency accounting. To exchange 120 CAD for 100 USD, start in the 'Canadian Cash' account and enter a transaction where the Transfer account is 'U.S. Cash'. After entering the amount to spend, press the Enter button, and you will be presented with a Transfer Funds dialog, like the following: 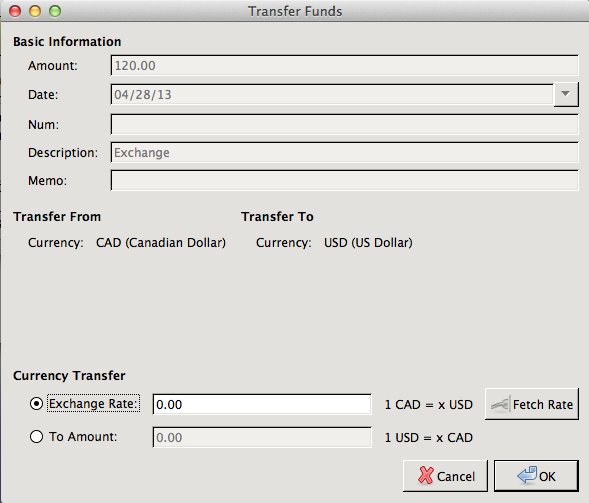 At the bottom, you may enter either the rate of exchange, of the amount of USD dollars corresponding to the other side of the transaction.

After clicking OK, a new top level 'Trading' placeholder account is created, with a sub-account named 'Currency' and two sub-accounts of this, one for USD and the other for CAD. Transactions are automatically created in these accounts, corresponding to the imbalances. These are split transactions, similar to those shown here: 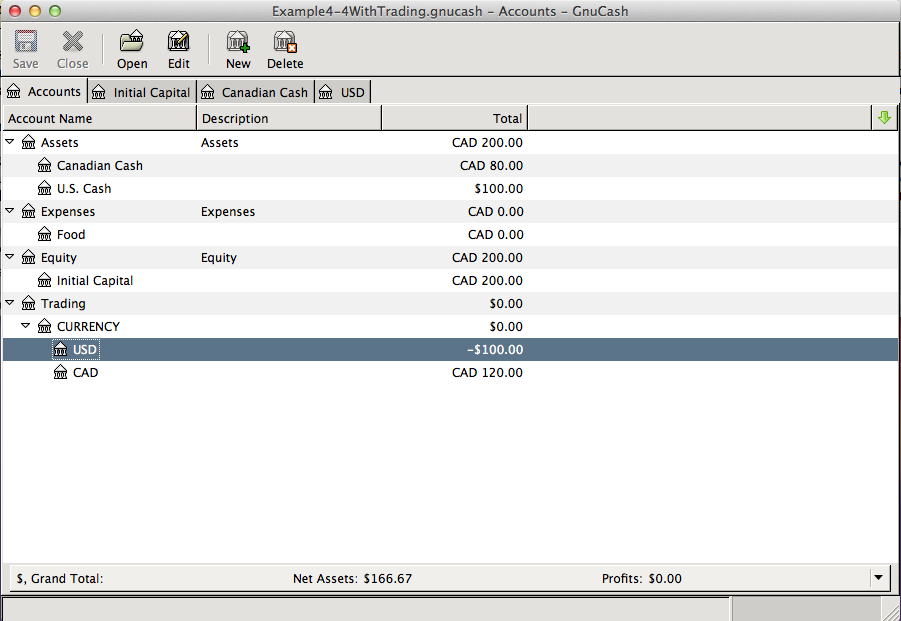 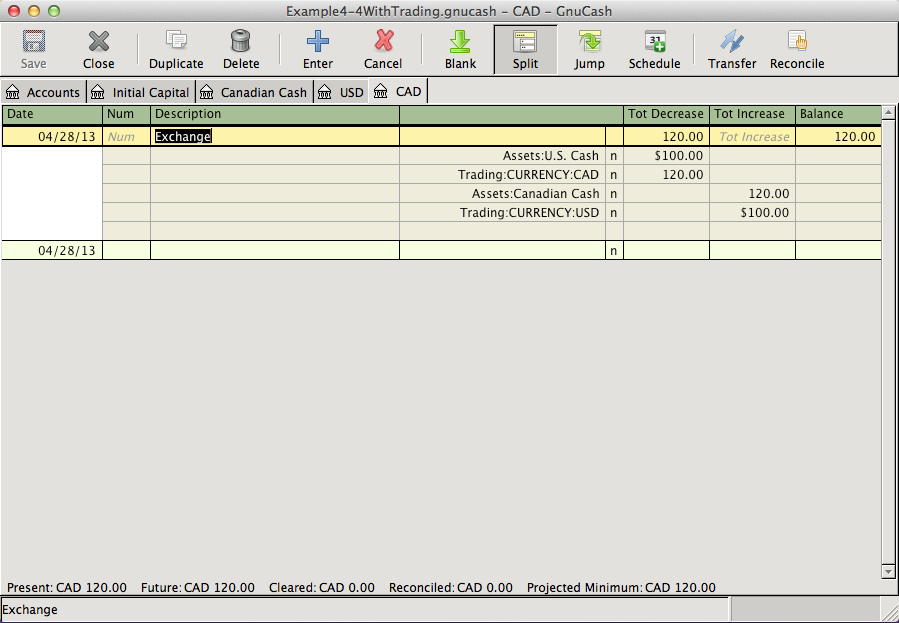 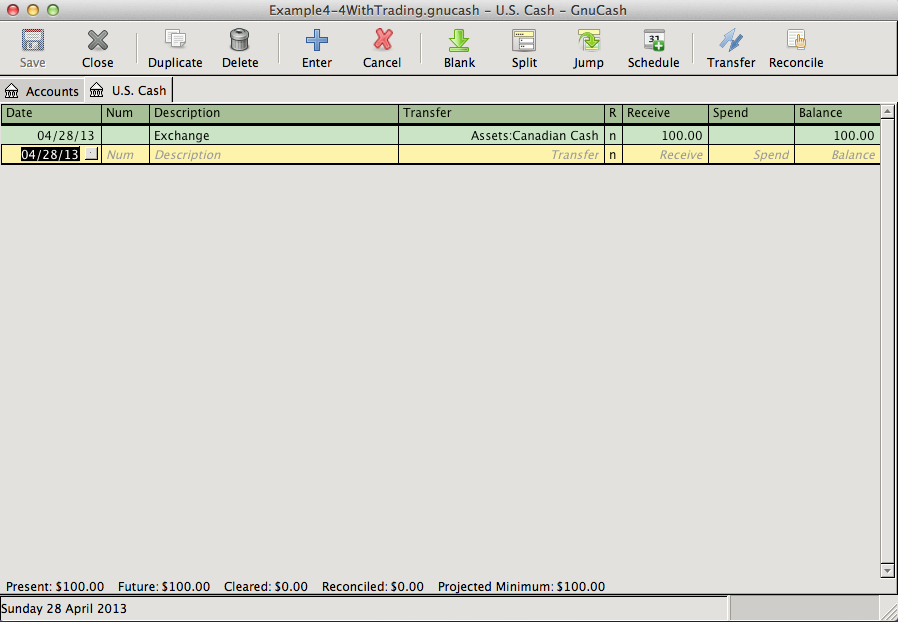